How Does A Rangefinder Work?

Emerging technology has highly influenced the practice of hunting, with the arrival of new equipment and gear that have made hunting more convenient and simplified. One such technological advancement is the rangefinder. Before you consider investing in one, it makes sense to understand how this device actually works. 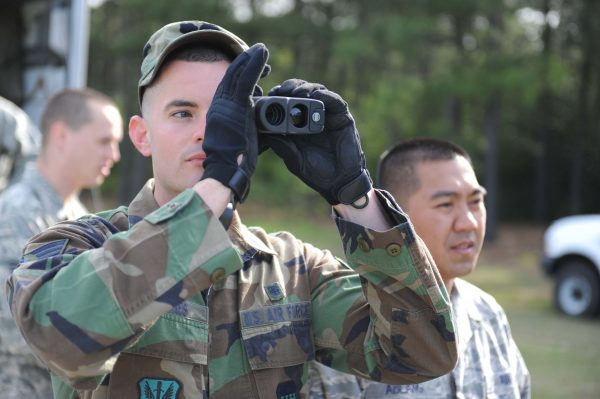 First of all, there are different types of rangefinders available in the present-day market, and each one works in a unique way. Here are some common rangefinders that you can choose from:

Of these, the one that is most sought after among hunting enthusiasts is the laser rangefinder. The lines below discuss how each of these rangefinders works.

As laser rangefinders are common and popular, we will discuss its working first. This type of rangefinder works on a simple principle, in which an emitter in the device shoots a laser beam at the targeted game, and then measures the overall time the beam takes to get reflected back onto the receiver (located in the finder).

Due to the fact that the traveling speed of the laser is equal to that of light, and because we know what the speed of light is, calculating the target object’s distance by using the speed of light along with the overall time taken, becomes easy.

Another aspect of using a laser rangefinder is experiencing divergence in the laser beam. Generally, the fired laser beam is extremely narrow, but it diverges and spreads out when it comes in contact with the atmosphere as it gets affected by the air around. Consequently, on reaching the targeted object (at a long distance), the laser beam spreads over a large area covering the target and then gets reflected back (sometimes from things close to the target as well) to the rangefinder. A laser beam diverges as well as spreads further as it travels.

This type of rangefinder comes with its own set of benefits. You will not require any reflective target to use this device, and the optics of this rangefinder is not affected by surrounding terrain, weather or atmospheric conditions. Additionally, optical rangefinders are made using less expensive components. But it is also true that with the growing popularity of the laser rangefinder, the optical ones are hard to find these days. 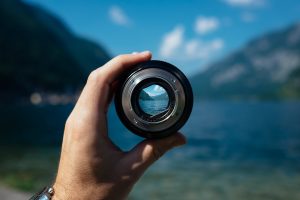 The principle on which an optical rangefinder works can either be:

In stereoscopic range finding, both your eyes are used to align with the reference markings located inside the optical rangefinder’s reticle, which helps you to determine the distance.

In coincidence range finding, two distinct reflected images (from 2 varying sources) of the targeted object are displayed to the operator, whose job is to use one eye to look into the rangefinder and use the other eye to make necessary adjustments so that the alignments are matched. This alignment of images is referred to as placing the images in “coincidence”. Based on the amount of required adjustment for aligning the images, the target distance is determined. 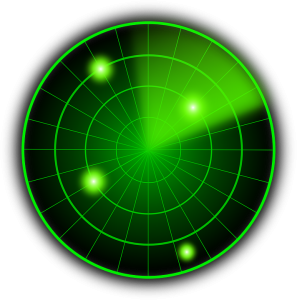 While this type of rangefinder is not applicable for hunting or target shooting purposes; it would help you to understand the working of a rangefinder better. Radio Detection And Ranging or RADAR works in a similar fashion as the laser rangefinder. However, rather than using a laser beam, this rangefinder uses a radio signal pulse, which when bounced back, is used to determine the distance.

Radio waves also have the same traveling speed as light, so using this measurement along with the overall time required for the wave to bounce back from the target, calculating the distance becomes much easier. Due to the enormity of a radio wave’s spread, it can be best used for calculating the speed and distance of various large objects like ships and aircraft.

This type of rangefinder incorporates the use of sound pulse, which travels to and fro from the targeted object. The distance is calculated by using the speed of sound along with the overall time required for the sound wave to reach and come back from the targeted object. This type of rangefinder is generally used underwater as radio or light waves don’t travel easily under water.

So, hopefully, you have gained a better understanding of how a modern-day rangefinder works, especially the popular laser rangefinder. Depending on what your hunting requirements are, you can choose the rangefinder that will work best for enhancing your hunting skills.